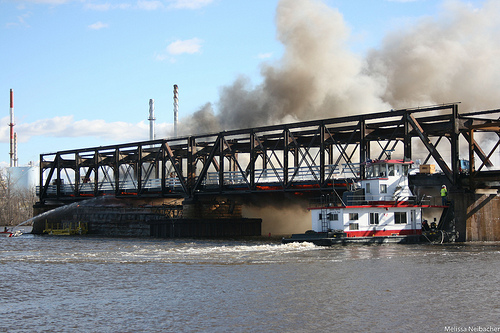 Networking in Silicon Valley should be the easiest thing in the world. The Valley thrives on a free exchange of new ideas, so people always want to meet other people who might have interesting ideas or connections. As a result, people I hardly know introduce me to people they hardly know. Sometimes I get cold-emailed.

On general principle, and since the numbers aren’t currently overwhelming, I’ll take any introduction that comes my way. Most of the time, I’ll go out of my way to help those people out. Most founders, YCombinator or not, would do the same.

However, about half of people I’m introduced to do something that makes me not want to help them out. I’ve been through enough of these intro cycles now that I’ve started to discern four distinct patterns. Here’s what they are, and how to avoid them:

Last week, a kind-of acquaintance asked me for some advice on his fledgling startup, and wanted to see if I’d meet with him to discuss. I offered to have lunch with him the following week. That was the last I heard from him.

Radio-silence isn’t the worst thing in the world. I’ll still take the meeting in a couple weeks if the founder does end up getting back in touch. But I’ll be far less likely to help that person, since he’s going to have to really impress me to make up for my current impression that he’s a flake.

2. Forgetting to do follow-ups

One of my VC friends introduced me to a startup that he believed had a lot of potential. I took a 45 minute call with their main guy, who seemed full of energy and excited to get things done. I told him that they should apply to YCombinator, and offered to mention their application specifically to a partner to make sure it got a close look, under the condition that I could review it first. This is the type of thing I would have killed for before I was in YC.

Unfortunately, that founder never sent me his application.

A better networker would have sent me a draft the next day. Or even politely sent an email later that night that said “We decided not to apply. Thanks again for the feedback”. But I won’t ever recommend this founder for YC again.

Earlier this year I was introduced to another founder working on a music startup. Their team needed help with their YC application, so I spent 2-3 hours helping them revise and improve it. After I sent them a last piece of feedback about their video, I never heard back from them again.

When I invest time in others, I like to hear how things go. In this case, I felt used. I have little interest in helping this founder out again. For us, we made sure that upon launch we sent out GiftRockets to people who helped us out.

4. Not writing thank you notes

One startup founder cold-emailed me after our site launched, and asked me a couple questions. After I responded, he sent me a thank you email for my time. I later took an hour-long call with him to give startup advice. I’d be happy to introduce him to anyone I know. And I’ve never even met the guy.

I’m never peeved if someone doesn’t write a thank you note, but I’m consistently impressed when someone does. Thank you notes after meetings are rare. At GiftRocket, we took a page out of the Wufoo book and started giving t-shirts to the people who helped us out. It’s great for our brand, and it lets people know that we really appreciated their time.

Everyone in the Valley is busy, and I’m sure I’ve violated my own rules several times. But by just being a little bit thoughtful about your interactions with the people you meet in the startup scene, you can easily avoid burning what might be some very important bridges.