Gift Cards and PR: The Underground Guide To Press Coverage 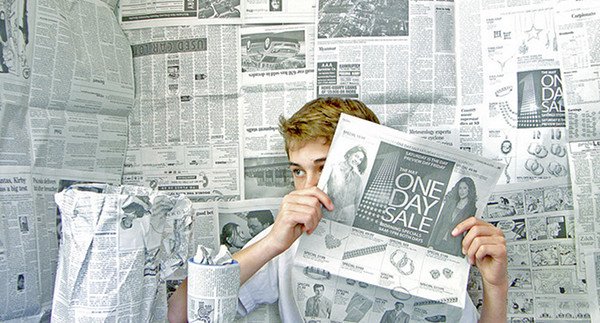 When we launched in March, I spent a fair amount of time getting press coverage for GiftRocket. We haven’t been the most successful startup with PR, but we did decently for not having hired any professionals. We learned a lot over the course of that time. This article describes exactly what we did to get that PR, including the one tip for coldcalling journalists that made all the difference.

The Six Keys to Getting Press Coverage

You need a story

We built ours around three points. The vision: we believed gift cards didn’t have to work like normal store credits. The product: we emphasized that you could buy a GiftRocket to any store in the country. And the backstory: we explained how we ended up getting into YC.

If you don’t have a story, you can engineer one

Our initial story wasn’t great, but it was still passable. A better story would have boosted our success rates substantially. Here are some examples of great stories: Hipster giving away a fixed-gear and year’s supply of PBR is a great story. Swipegood giving away Start Fund money to charity is another great story. Other startups have had success with the young and talented founder angle. If none of those work, you can always start your own cereal.

You need to pitch your story to journalists

You can either get a warm intro, or cold call the journalist.

You need to change your story for different types of blogs

Once we had exhausted tech blogs, we began to get coverage in environmental blogs by changing our pitch. We talked about the negative environmental impact of gift card plastics. This isn’t central to our thesis, but people ate it up. We maybe got 5 pieces of coverage out of this.

You need to use press to get more press

There’s a small social proof game going on in the press world. It makes it a lot easier to pitch blogs when you can say you’ve already been mentioned in other popular blogs.

Sometimes getting picked up by a specific blog will get you covered by a bigger one. Our TechCrunch mention led to more coverage. We got picked up by UrbanDaddy via the chat thing on our site. And Bloomberg Businessweek emailed us the following day as well.

You need to be determined

Many bloggers did not want to cover us. I was told by Eater National that they had no interest in covering us and that I needed to stop calling them. The GigaOM guy ignored 5-6 of my emails (granted, he covered a slightly different beat, but he didn’t accept any of my requests to introduce me to someone who did). Lifehacker never responded to my emails. But the persistence did pay off and help us get mentioned in several other publications.

Sidebar: you can be more successful than a PR professional

This comes from a conversation I had with a PR professional. Take this with a grain of salt, since my N is 1.

But having a PR professional handle your story comes with costs as well. Journalists’ inboxes are so full of PR emails, so its a lot harder to cut through the noise. It makes a big difference if the email comes from someone with a title at the company. So your success rates are probably upped significantly. Moreover, you’re looking at $3-5k for a freelancer, and a larger monthly rate for a firm.

What lessons have you learned doing PR?

We’d love to hear about them. Let us know in the comments.